Supporting the community of Delta through the sport of swimming since 1985. 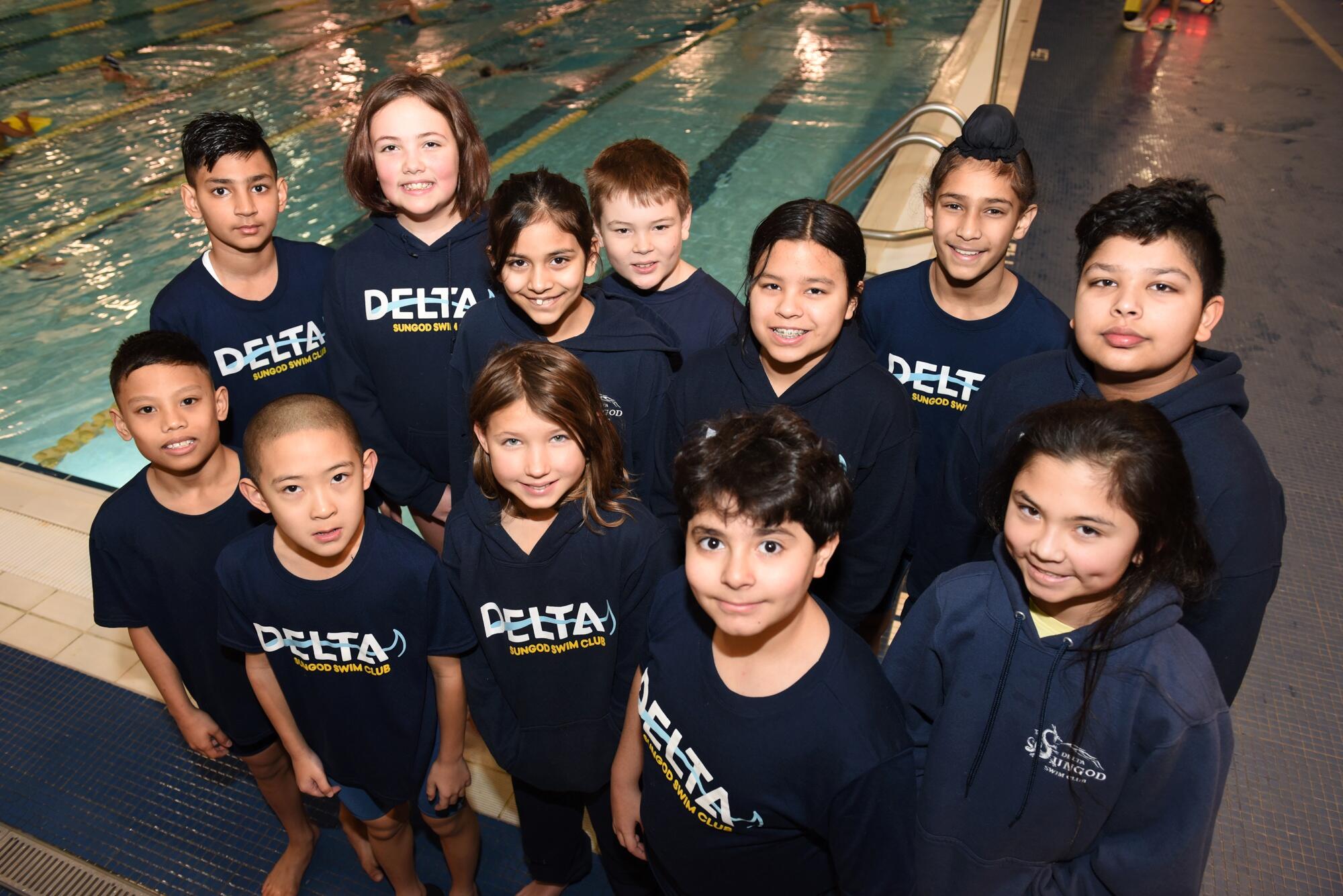 First established in 1985, the Delta Sundgod Swim Club (DSSC) has been an important part of the North Delta athletic community for over thirty years. Delta Sungod has produced National level swimmers as well as launching Olympian, Gregg Hamm, in his swimming career.  After leading his team as a young swimmer to the podium at the BC Provincial Championnships, Gregg later went on to  to swim 4 years with the UBC Varsity swim team where he was captain of the men's team. Gregg also attended the 2008 Beijing Olympics.

Gregg is just one example of the excellence, dedication and overall love for the sport that Delta Sungod hopes to instills in each and every one of its athletes.

The number of practices and expectations Delta Sungod will expect from your child will depend on your child’s desire to complete and their ability. Our club realizes your child may have other sports or activities in their lives and we are happy to work with you to accommodate their needs. As such, we offer 1- 4 day commitment levels for our Dragons, Novice, Regional, Junior Age Group and Competitive Development Programs.

A Lifetime of Achievements

Delta Sungod has remained focused and dedicated to producing high level athletes in a positive and fun atmosphere both on and off the pool deck. The goal of the Delta Sungod swim program is to further develop the character and abilities of all athletes both on and off the pool deck. Our club has a vast array athletes; from swimmers just starting in the water to producing high performance competitive swimmers.  We are committed to meeting the needs of each individual athlete.

How does Delta Maintain its Goal?

1) Ensuring Delta Sungod meets the rules and regulations of the Societies Act and Swim BC. 2) Providing all athletes the ability to compete.3) Further development of the interpersonal skills of all Coaches to foster strong communication with athletes and parents. 4) Provide swimmers with equipment necessary to succeed both in the water and in their daily lives. 5) Fostering a sense of community and unity through club events and swim meets.

The Delta Sungod Swim team is so much more than just a swim club. Our sense of unity and inclusiveness and commitment to the development of both athletic ability and character development with all members we consider ourselves more than just a team.  We are a family. The sportsmanship and goals provided by the club allows connections to form that will last a lifetime.